Everything Is About To Be In Rehearsals

And I am going to explode. Also I am clearly going to need more colors of pens.

Also, modern was good tonight. I’m delighted by the occasional overlap of Modern and L’Ancien’s class, in which Get Taller As You Close is a recurring theme.

Also, it sometimes makes me nervous partnering girls who don’t come from the Wonderful World of Ballet (where everybody understands that it’s better to accidentally grab some side-boob than to drop someone when you’re learning to catch things like a roll down from Bluebird lift or, worse, fish drive from Bluebird lift ). Not that anything bad or weird has happened recently. Just one of those things you ruminate about when you’re a dude and your work life sometimes involves catching girls you don’t know very well.

Also, last night, I got to use pas de chat Italien in a grand-allegro zig-zag, and whilst it proved immensely successful, I’ve decided I should probably work on some other jumps.

I’m not Catholic, but I suppose I could give it up for Lent?

Dances Without Moobs: A Beginning

As of Thursday, I began slowly settling back into class.

For all that it’s normally his job to beat me with a stick until I jump higher, BW is actually profoundly capable of imparting a really gentle barre when you need it—so Thursday we did no one-foot releve, no grand battement, no torturously-long adagio…

It was just the essence of working through the feet and the legs and the turnout, feeling placement and balance, figuring things out.

It’s funny how profoundly you feel your hips and your legs and your feet when you’re not allowed to do almost anything with your arms.

It’s also funny how freaking insanely hard it is to come up with barre combinations when your only cambré options are front (rolling up) and a tiny back, like a subtle high release (it was pretty, though). BW kept going, “Wait, that doesn’t work…” Eventually, though, he got into the groove and stopped having to pause and reset.

BW gave me the option of doing a little across-the floor, but we decided against and opted to stretch for a while instead: splits first (I was afraid I’d have lost my left split in three weeks of sitting on my butt, but I was actually able to drop right into it), then a bit of work for the turnouts.

BW had noticed (probably because he was no longer blinded by the need to octopus-wrestle my arms into shape) that he and I share a bad habit: we both have a ton of rotation in the hip, so we sometimes we get lazy about engaging all the things.

This led to the two of us lying on our backs on the floor doing a kind of clamshell-and-Theraband thing when the studio owner wandered in to grab something she’d left behind.

…Which was surprisingly awkward. 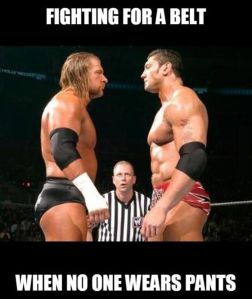 Then again, the world is an awkward place. (via Pinterest, via t3h G00gs.)

Sunday I wandered back to J’s class, where I discovered that everything feels okay with my arms en bas and first, second, second allongé, romantic fourth, and fifth. Cambré is fine to the front as long as my arms don’t drift behind my shoulders (in short: no swan dives for me, and definitely no Angry Bourne Swans); back I’ve got a little more than I had on Thursday; side is still tuggy and thus to be avoided. 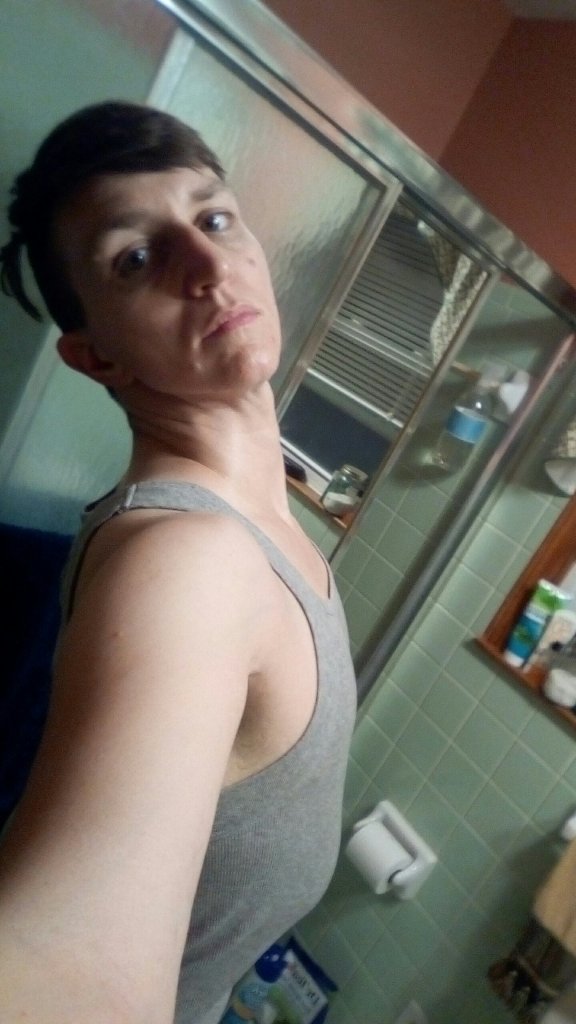 Itty Bitty Cambre Committee (from today, rather than yesterday). Please ignore the fact that my ribs are hella splayed and that our bathroom is in chaos.

I stuck around for the tendu, which I did pretty well (though for some reason, my arms decided at one point to be effacé while my legs were croisé), and the adagio, which I did quite badly once because I was being tentative and then actually pretty well on the second run. Just like I haven’t lost my splits, I really haven’t lost my extension gainz either. I wasn’t trying that hard, as the goal was ultimately to keep my heart rate down, but had no problem reaching 90+ degrees even à la seconde.

I also met a really nice guy who was new to the class, but obviously not new to ballet. Have I mentioned this already? Anyway, I hope he keeps coming. There were three guys in class at the start! T had to leave right after barre, though, and I spirited myself away after the adage, leaving poor L to fend for himself. He seemed capable, though, so I’m sure he was fine.

Regardless, if the two new-dancer guys who have occasionally been to J’s class are still at it, then we have at least six guys in regular rotation in the program now. w00t!

Anyway, now begins the process of re-conditioning and easing back into my life as a dancer.

This Saturday, I’ll be performing for CirqueLouis at Jack O’Lantern Spectacular. Since I’m not cleared to get back on the silks yet, I’ll be doing some ribbon-dance stuff. Should be fun[1].

A bit ironically, I’ve never actually been to JOLS as a spectator, even though it’s supposed to be pretty cool and it’s only about a mile from my house, so I’m looking forward to finally seeing at least some of it (I don’t know yet if we get to stroll the grounds when we’re not performing, but I hope we do!).

So that’s it for now. I’m working on a long piece that I’m hoping to finish tomorrow, but between class and performing I’m not sure how much else I’ll be posting this week.

Edit:
PS: I have officially left off with the Post-Op Pasties®. I was going to wait a bit longer, but my skin was really pretty done with adhesive. There are still a few little suture-knots left over, but it turns out that they don’t snag on my shirts.

I’ll probably stick a couple of Post-Op Pasties® on during rehearsal, since rolling around in the sphere (which I’m now quite able to do) seems like a good way to snag them, though.

Further Edit:
Decided to go snap a couple of progress pix and discovered that all but the very last suture knot had fallen off. The last one was busy working itself loose, so I snipped it off with nail scissors. Et voilá—no more weird little knots.

Day 25: If you’d told me I would look this good after less than a month, I would’ve given you exactly this look.

Day 25: No suture-knots, no tape (except silicon scar treatment tape).