← Belated Wednesday Class Notes
Two Weeks Without Class, Day One: In Which Your Humble Author Makes Announcements and Reflects On Problems →

Today’s class with John was challenging. He included material that I’m pretty sure I’ve never done  before, ever — item the first: a sauté renversé, which I eventually figured out; item the second, a coupé jeté en tournant, which I managed to do right only once (for some reason, my brain kept deciding that saut de Basque* would be an acceptable substitute and doing it whether I liked it or not).

*Edit: Now that I’ve considered this for a while, I’m guessing my brain was putting the whole step together backwards. Wouldn’t be the first time.

That said, I’ve been wanting to learn coupé jeté en tournant, but didn’t know what it was called, so that’s excellent. Now I can ask Brian or Brienne to formally teach it to us.

I’ve realized that what I really like about John’s and Brienne’s classes is that they do a really good job building from barre to centre to grand allegro using related movements: for example, we did fouetté at barre, then used it in our adagio, then again in our turns, then used sauté fouetté in our grand allegro.

Ditto renversé, though we didn’t do that at barre, and attitude turns (which we didn’t do at barre, but which feed into both the sauté renversé and the coupé jeté en tournant).

I am coming to really love renversé. 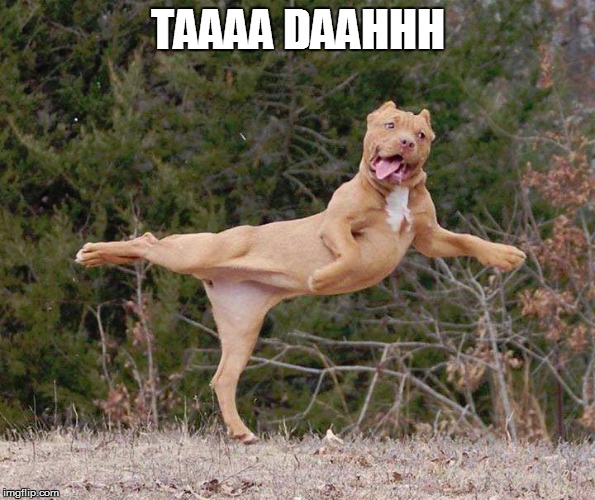 I felt that this required an illustration, so I shamelessly sto… erm … borrowed one from here: Candy01 at Imgflip

In short, I felt like I struggled today, but in a good way.

We’re off for the next two weeks, now, so I’m going to have to devise a way to stay fit over the break. Maybe I’ll spend it teaching myself coupé jeté (but probably not).

So, anyway, that’s all for now. I hope your various classes and Nutcrackers and breaks treat you well.

Posted on 2015/12/19, in balllet, class notes and tagged coupé jeté en tournant, how to build a ballet class, renversé. Bookmark the permalink. Leave a comment.

← Belated Wednesday Class Notes
Two Weeks Without Class, Day One: In Which Your Humble Author Makes Announcements and Reflects On Problems →