← The Show Goes On
Cold, Comfort →

Barre today was challenging: Brienne stepped things up a notch, bringing in changes of body direction in long combinations. I got many, but not all, of them.

I continue to try to focus on using my inner thighs, though it’s a greater challenge while also trying to remember the direction changes and whether to go en croix and trying not to kick the taller of the two new guys, who stood beside me today.

I’m really glad they came back to class. I feel like their presence enriches the class; they’re both good dancers who work hard. Taller Guy* has impressive splits!

*For the record, they’re both taller than I am, maybe even just plain tall — but I’m right on the borderline between average and miniature. Still, I don’t know their names, so for now they’re going to be Taller Guy and Smaller Guy.

At center, we did a pretty, but hard, adagio with … erm, fondu devisé? Something devisé, (edit: turns out it’s divisé — divisé en quarts) short for anyway (edit: also, I have no idea what I was trying to type here; autocorrupt was cray this afternoon). My phone is being weird, so I’ll have to look it up when I get home.

Turns were better. I had doubles from fourth, though not as consistently as I’d like.

I did it well enough at first, but as I got tired my legs kept wanting to put extra glissades in after the second jeté.

Still, I was less tired today than I was last Wednesday — much less tired, in fact – and I felt stronger last night in aerials class. My tuck dismount on  trapeze and silks is no longer just an uncontrolled unfurling 🙂

I think I will be able to adapt to this training schedule, and since I wasn’t sure, I feel good about that.

There are more days in my life now on which I look at myself as I undress at the end of the day and I think this part or that part of my body is beautiful. Rarely, I even think the whole thing is pretty decent.

This is a huge step forward: I never used to have any of those days. I used to pretty much hate my body all the time.

Ballet and aerials are changing that in a way I never expected. I used to hate it — and, honestly, I often still do – when people would respond to my feelings about my body, which were the irrational result of deep-seated dysphoria, with so much pablum about how much my body could do.

I don’t think being reminded of that on a rational level helps any more than does telling someone with depression to buck up because at least they don’t live in a Siberian prison camp. That’s not, as it were, how any of this works.

But doing amazing things with this body, and discovering it to be strong and graceful and capable, has really helped — as has exposure to the wild array of beautiful male dancers’ bodies, into which my own body increasingly fits.

I suspect that I still often literally see a distorted version of myself, but the maybe the distortion isn’t as bad as it once was. 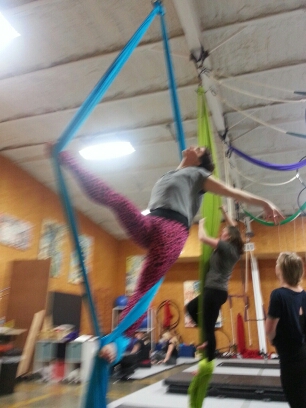 So that’s it, today. I’m going to go home, take a hot bath (in which I will read La Dame aux Camélias in the original, maybe), foam-roll my legs until they fall off, and then do some work stuff.

I used to think that my body dysphoria and anorexic thought patterns would never, ever, ever change. Now I’m not so sure, and that feels like a good thing.
À bientôt, mes amis!

← The Show Goes On
Cold, Comfort →