← You Might Be A Dancer If… #001
Thinking About Teaching, Dancing, and Being Good Enough →

Saturday Class: Not Half Bad…

The were good moments today, but it wasn’t a shining example of my best work.

It was, however, an opportunity for comparison.

A year ago, I think, things that seem mediocre now would’ve seemed pretty excellent. I realized this whilst kvetching about the fact that I kept switching the entrechat trois with the entrechat cinque in a combination; whilst internally taking myself to task about some turns that were decent, but not great*; whilst being irritated about my tour lent being a touch wobbly on the first run through the adage.

*You guys: all of a sudden, my turns are SO FREAKING SLOW — what happened?! Not that slow turns are always bad; it’s just when you’ve got, like, two beats for a double and two beats later you’re leaving out the next step because your double was like about how you’d imagine a kiddie ride at an amusement park called Grandma’s Nap Land, or a slow-mo clip, or something. It’s like someone turned the friction on my shoes up to 11.

I was a wreck at grand allegro, though. For some reason, my brain didn’t bother to video most of the combination; it recorded the audio instructions instead.

**This kicked off a change of direction, if it’s not clear.

Buuuuuuut! The initial glissades traveled, erm, kinda diagonally. Otherwise the whole thing turned into a disastrous zig-zag, like a Mini-Demolition Derby Bumper Ballet ride (which they totally DO NOT have at Grandma’s Nap Land; Grandma says that is WAY too dangerous).

Which I somehow failed to grasp.

Fortunately, we are having air traffic control issues (how often does one get to say that’s a good thing?), and I wound up in the second group, so at least I didn’t collide with anyone while angrily yelling at my body about still trying to launch its glissades to the side. I just looked like an idiot, so, you know. Par for the course, eh?

I also kept wanting there to be more tour jetés, but I always want more of those, soooooooo…

We all also got a general correction on our arms with regard to tour jeté: apparently, our legs were all, AGRIPPINA VAGANOVA! while our arms were like OMG WE ARE FIREWORKS!

This correction included the memorable phrase, “You can do fifth opening to second or you can do this: *demonstrates the arms everyone likes to do with grand jeté* but make sure I can tell which one you’re going for.*

So I then proceeded to think about my arms. I’m not entirely sure that helped, but we all know the rule about thinking in ballet, anyway. 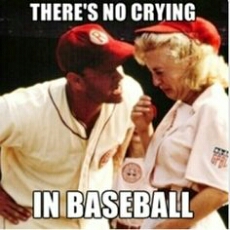 (Okay, so that rule isn’t 100% literally literal, obvs. It’s more like, Think with your body, not with your brain.)

So that was my day. That, a bike ride, and open fly. Which isn’t where you inadvertently expose yourself, but where you get to play around in aerial apparati until your arms won’t go anymore.

Oh, and I was totally that guy today: I demonstrated to Denis how I could do awesome pull-ups on the lyra while complaining that about how I was still convinced that I couldn’t do regular pull-ups.

Then he sent me over to the pull-up bar, where I totally did a freaking pull-up.

So that happened, too, I guess. No humble-bragging intended; I just kind of felt like an idiot (which goes with looking like one in ballet class, so…).

Posted on 2016/06/25, in aerials, balllet, cirque, class notes, fitness, ID-10T errors and tagged ballet squid rides again, must be star jump cause tour jeté don't shake like that, sometimes I am dumb. Bookmark the permalink. 2 Comments.

← You Might Be A Dancer If… #001
Thinking About Teaching, Dancing, and Being Good Enough →