← On Being Simultaneously Okay and Not Okay
Modern Monday Returns (Finally)  →

Saturday Class(es): TURN IT OUT (again)

Along the way, my loosely-connected hips have developed some pretty rocking turnout.

Along the way, I have also noticed that, as I progress through barre exercises (or exercises at centre, or … you know, basically everything else), my turnout tends to creep from awesome to average. It’s never terrible, but there’s sort of no excuse for that … especially since hanging onto the turnout is what makes sooooooo many other things happen without so much sturm und drang (tour lent, I’m looking at you, here).

This became a theme of today’s second class, with Ms J at the helm and only three of us at the oars.

While I frequently take class with Ms J, I rarely get to take class from Ms J … which is a shame, because she is an amazing teacher, and has a laser-focused eye for detail and absolutely no misgivings about using it to its full potential (which is why we love her).

Today, she pointed out to me that I’m being lazy with my turnout in pliés and in relevé balances, particularly those on two feet.

In both, I look fine getting there (and maybe I even am fine; I actually do tend to work my turnouts on the way there), but on the way back, it’s like I just throw my bike down on the front lawn or something. In short, I have been letting my rotators get away with going, “Meh, that’s good enough.”

Basically, as you rise from a plié, you should continue using all those rotators that make your turnout happen … you know, then ones that you’re supposed to keep fiercely engaged all the way down, but maybe you don’t because your turnout is naturally pretty great and you can kinda fake it?

But if you don’t want your turnout to just drift into the Zone of Mediocrity, you have to use them all the way. All the way down (because otherwise you’re gonna have a bad time cranking them back on when you come back up, and you’re also going to fall right over the very second your instructor calls you to center and says, “And we start with grand plié…”) and then all the way up.

You have to keep thinking about it, and doing it, until you are once again standing in your greatest possible turnout.

If you’ve been in the habit of being lazy about it, as I have, this is HARD.

By which I mean it’s physically demanding (because you suddenly realize, “Ohai, my turnouts aren’t quite as strengthy as I thought!”) and it makes you think and it’s horrible to have to think during a plié combination, because then the likelihood that you’ll hose up the entire combination approaches the singularity, or … wait, I think I’m perhaps drifting into hyperbole as well as mediocrity, here.

Anyway, you have to consciously make even that last degree, that last second, of rotation happen … or at least you do until your body gets used to it or at least just gives up and does it right because it realizes you’re not going to stop making it and sometimes it just has to choose its battles(•).

Moreover, the same thing (that is, the rotators being like, “Meh, good enough,” not the body finally accepting that your are going to keep making it do this crazy stuff) happens when you’re coming down from relevé or from elevé — in fact, for me, this is when it is most likely to happen.

And, presumably for my entire balletic existence, I have been allowing it to happen. At least, I have until today, when Ms J took me to task on it. (I realize that this is a key component of what Company B was also trying to impart on Thursday.)

She kept me on top of it throughout the entire class, even when I was standing still.

WRONG. The correct answer is E: NEVER. NOT EVEN WHEN HE’S DEAD.

For what it’s worth, working on this instantly improved my fourth position (also known as “we would’ve called it fifth but then you would’ve expected it to be the hardest one and you wouldn’t have been willing to try it”). Specifically, my ability to use temps-lie through fourth and to execute grand pliés in fourth without recovering with only two-thirds of the turnout I had when I started.

(Edit: I feel like I’ve said this before, which makes me wonder exactly how distressingly bad my fourth position was when I started dancing again back in 2014.)

Of course, none of this was of any help by the time we got around to doing turns. By then, sleep deprivation had caught up with me, and I managed to execute exactly one halfway decent turn. The rest were horrible, rubbishy disasters.

Petit allegro, too, was awash in fresh horror, as I kept letting my trailing leg just sort of drift home in my glissades and then falling over sideways doing tours (I mean, not all the way over). At least I remembered the combination, eventually?

But I’m pretty sure all that owes to the fact that things were catching up with me by then. Sleep deprivation hits you right in the coordination and equilibrium. In related news, as I learned in today’s first class, sleep-deprived chainés are no joke. Or, well, at least not to the person attempting them. They can be pretty hilarious to everyone else, TBH.

On the other hand, in the second class, I somehow miraculously nailed down the Bournonville (grand) jeté (which, in still photos, has an unfortunate tendency to look like the official “Heeeeeeeeey!” entrance of ballet — in real life, these are really beautiful when executed well).

In case you’re wondering, here’s one ganked straight from the source.

I learned the Bournonville jeté a while back, but then promptly gave myself a mental block the next time we used it and haven’t produced a decent one since until today. I mean, seriously, most of mine look like I’ve basically tripped over something whilst running at full tilt, or possibly like there’s something wrong with the leg that’s in back.

(Edit: I suspect I may have not actually been jumping off the back leg at all, but just sort of launching from the front and kinda letting it trail along. I am distressingly capable of exactly that kind of thing.)

Today, I did about nine of them. A few were even actually solid all the way up, since Ms J noted that I was jumping through my arms and letting them trail behind me instead of carrying them(•) and fixed that, too.

I figured out how to carry my arms and shocked the living daylights out of myself by launching a string of beautiful Bournonville jetés into near-earth orbit on the next pass.

Of course, I then failed to plan anything to do with the arms in question on a subsequent saut de chat, with the inevitable result being a kind of Lovecraftian half-breed, or possibly a rough approximation of a T-Rex attempting to pop and lock. 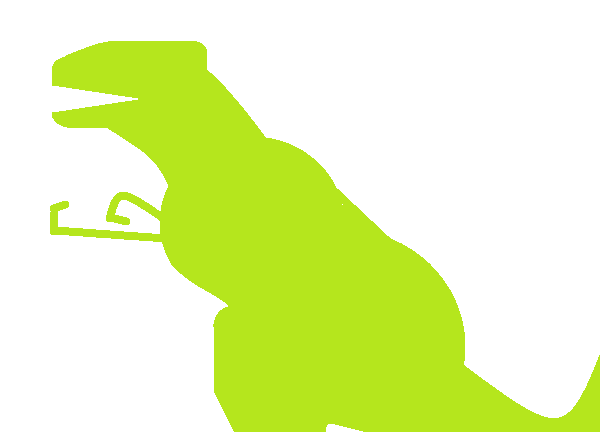 And my tour-jetés, today, on the other hand?

Ummmm, yeah. Let’s not even open that can of extremely-confused and possibly drunken worms.

PS: today’s first class, Advanced Class, was actually pretty decent all the way through. Even the chainés weren’t that bad. So there’s that.

Posted on 2016/09/17, in balllet, class notes and tagged also i think i have finally worn out two pairs of shoes, if you're not still working your turnouts you're doing it wrong, l, turnout, turnout: force that binds the universe, um - no seriously my legs would come off otherwise i am pretty sure. Bookmark the permalink. 1 Comment.

← On Being Simultaneously Okay and Not Okay
Modern Monday Returns (Finally)  →