How To Tell If Your Relationship Is Intergenerational

Let’s face it, demographics is hard.

Generational demographics is particularly hard. How can we know who’s a delicate, entitled Millennial when demographers can’t even agree on when Generation X ended? Maybe the late Gen-Xers—the teenage Slackers of the early-to-mid 90s—slept through the Generational Alarm Clock after an all-night bender, forever skewing the data.

Regardless, there’s one litmus test that might work pretty well for many of us, and it’s this: does Bae crease his jeans, or na?

Or maybe this only works in my household.

D and I are decidedly not members of the same generation. He’s old enough to potentially have rocked this nightmare: 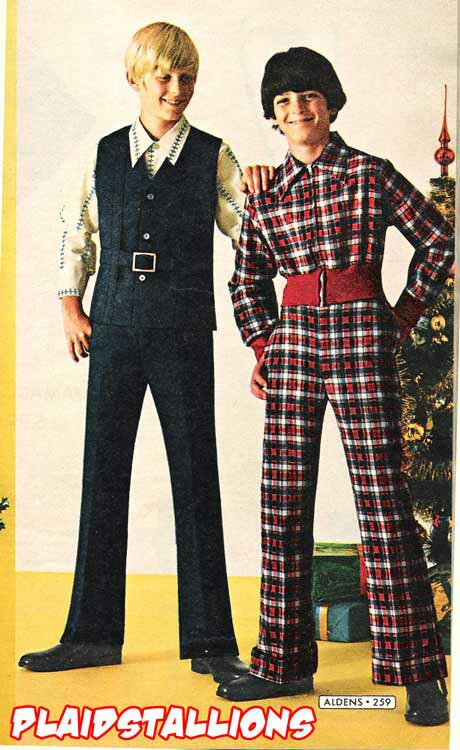 (Via Plaid Stallions; WP app on my tablet is borked so I’ll add a caption & link later.)

I’m young enough, thankfully, to know such horrors only as relics of the great murky time before I came into this world. …Though my generation has already ruined the fedora for everyone and, I’m sure, will be hoist high by its own fashionable petards sooner or later (my money’s on skinny jeans and ironic ugly sweaters, even though I only ever wear skinny jeans and I like ironic ugly sweaters).

The closest analog visited upon me by my parents was the timeless and traditional sailor suit[1], which is fairly inoffensive, albeit a strange sartorial affectation given both the wild impracticality of clothing toddlers in pristine whites and the minuscule number of toddlers actually employed by the Navies of the world.

But, ultimately, the fault line along which our house truly divides is that of creased jeans. D wants all his jeans creased; I reel in horror at the thought. But I crease his anyway, because I want him to be happy[2]. I only own one pair of jeans, and occasionally I crease them by mistake, and have gone as far as running them through the washing machine all over again just to get the crease out.

So there you have it. A marital impasse, albeit one for which an amicable solution had been reached, founded upon a generational divide.

In case you’re wondering what touched this entire post off, it was this: 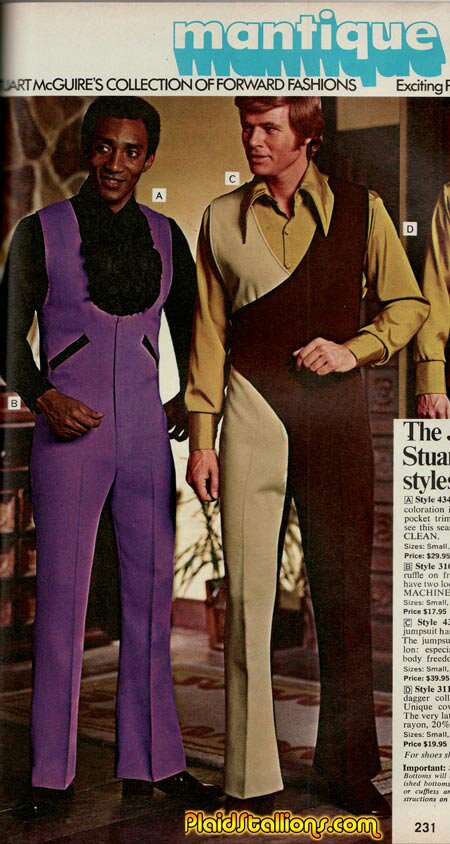 That’s it for now. Class with BW tonight, and then probably immediately an entire sleeping pill because my head is full of troubled thoughts that have been keeping me awake at night, which may explain this entire post.

PS: based on the relative positions of creases and feet, I’m inclined to say dude at audience left (in the purple, yet somehow less frightening, Disco Onesie) has better turnout than his clothing does. So uncomfortable o.o

Posted on 2017/10/19, in attempted humor, it is a silly place, life and tagged do you crease your jeans, paid stallions, terrible sartorial cliches of the 1970s. Bookmark the permalink. 9 Comments.