Yesterday, D and I met up with some of my ballet girls at a showing of the Norwegian documentary Ballet Boys, which follows three teenage dancers at a critical period in their training—the point at which they’re deciding whether to continue training and possibly to pursue careers as dancers.

One of the three is absolutely all-in. The other two aren’t as certain. One of them mentions the reality that one faces as a dancer in training: that there’s no time for a typical adolescent social life. He walks away, briefly, from dance—but he literally can’t stop dancing, and ultimately he returns.

I was reminded of a conversation I had not long ago with my friend RH: I said something about how working in dance involves a lot of sacrifice, but it’s willing sacrifice, joyfully given. He said something to the effect that he didn’t see how sacrifice came into it.

For a second, I honestly felt kind of angry. I almost responded with anger.

Then I realized that my anger was the knee-jerk response that dancers evolve as a defense against the fact that people who don’t dance haven’t the faintest hint of a clue about how hard it is; how much it demands. They often seem to legitimately believe that we spend all our time riding unicorns and eating cotton candy and swimming in the fountains of money we get paid for it, when in fact our lives are more akin to monastic vocations—we work grindingly hard, often for peanuts, because we’re called to the Work.

And then I realized that, okay, from his perspective, the commitment and sacrifice required probably aren’t visible, let alone obvious.

RH doesn’t dance, but he knows that I love dancing. He knows that dancing makes me unbelievably happy.

Perhaps a bit ironically, I’m working in dance in part because, at the moment, money is an object: to dance at the level I want to, I need to make dance pay for itself. But it’s still what I’d be doing if we suddenly received a windfall that would set us up for life.

That doesn’t, however, mean there’s no sacrifice involved.

Every now and then, someone will say to me, “I wish I could do what you’re doing.”

I try to listen and respond with kindness; with an openness to the nuances of meaning that underpin what they’re saying. I try to factor in things like financial challenges and family commitments (kids change everything).

But what I want to say, most of the time, is this: You could.

Part of what people are saying, when they say that, is this: I wish I was talented enough.

Sometimes, the people saying it are more talented than I am. They may not have as much training, but in terms of raw aptitude, they have the goods. They just need the training to use their aptitude.

I have pretty strong aptitude for dance, don’t get me wrong—but talent isn’t really the deciding factor.

Sometimes they mean, “I wish I’d danced as a kid.” There’s an assumption that it’s essential to start before your bones stop growing—especially in ballet.

Early training does exert some influence—but it’s not the deciding factor, either. My bones are constructed in a way that allows for 180-degree turnout; my feet were definitely shaped by my early training. But there are much, much better dancers than I—professionals at major companies with a lifetime of training and still have less turnout and mediocre feet; but also late-starters without great turnout or awesome feet who have gone on to forge careers out of nothing.

The deciding factor, at the end of the day, is sacrifice.

Welcome to Dancerlife. By continuing, you agree to commit every waking moment for pretty much the rest of forever.

So what, then, do I sacrifice to work in dance?

To work in dance, you have to dance. Dancing eats up oceans of time.

It’s not like training to race bikes as a serious amateur. That you can do around a life that allows some time for other pursuits. You work to develop fitness and riding skills and racing know-how—but a lot it you can do (and ultimately do do) alone, in the interstitial hours around the job that pays for the bike and the racing license and the entry fees.

Dancing requires technique, fitness, and artistry. All of these things, in turn, require a time-commitment that will eat your life. You can potentially fit your training in around another job (and make no mistake, your training is a job), but in so doing you must acknowledge the fact that you will literally have time for nothing else.

I don’t race bikes anymore. I barely ride anymore. I don’t play video games that can’t be squeezed into a few minutes here or there. I’m never up to date on TV shows. I rarely manage to swing a night out, and when I do, it’s almost always with other dancers from the class or rehearsal that ends right before said night out.

I thought this was a choreography still, but actually it could totally be a depiction of dancers trying to have a social life (via the amazing NYC Dance Project, via…erm…Instagram?).

I schedule my “life” around dancing. Even my occasional bouts of paid non-dance work are subject to the demands of class and rehearsal schedules. I give up weeks of the summer, when sane people are enjoying cookouts or canoeing, to sweat my ass off with other dancers in the interest of professional development (but also because I love dancing more than anything else). 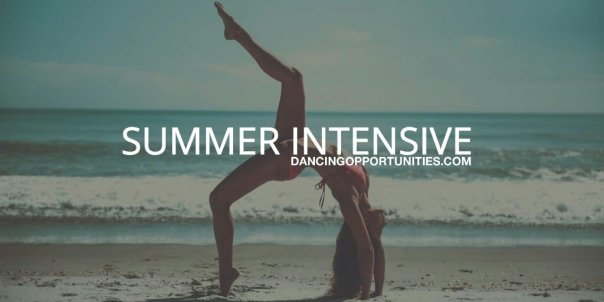 I rarely manage to snag an evening alone with my husband. Fortunately, he’s okay with that. We make the most of whatever time we can grab.

If he wasn’t okay with that? To be honest, I’d still choose dance.

My time belongs to dance, and it will for the foreseeable future.

As a function of time, I’m also sacrificing money. I could land a job tomorrow that would pay thirty times or more the amount I made as a dancer last year. It might even allow me time to dance as a hobby. It would, in one fell swoop, make us very secure, financially-speaking.

It would also mean giving up the career, such as it is, that I’m building now.

Dance is a demanding muse.

I have back-burnered every other interest except circus arts, and circus arts make the cut only insofar as they allow me to function within them as a dancer and don’t interfere with actually dancing.

I still write, but I do my writing in shreds of time snatched at the ends and beginnings of my days. I often fall asleep while writing in bed.

I know it’ll take me longer to finish the projects I’m working on, but I don’t care.

These are a handful of the things that I’ve cast into the fire in the name of dance.

I don’t mind. They’re joyfully given. I would do all of it again in a heartbeat. If you forced me to live my life over, I’d even do it sooner.

But a sacrifice is a sacrifice, willing or not. That’s the one and only thing that separates me from my friends who would like to do what I’m doing[1].

Sometimes, the same people who say they wish they could do what I’m doing are the ones who skip class to just chill, or who opt not to take rep class because it would conflict with game night, or what have you.

I restrain myself from saying, “You could do what I’m doing if you chose dance over everything else.” 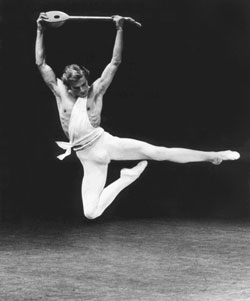 I can’t play this lute! I have rehearsal!

I recognize that I wouldn’t have understood, back before I started dancing again and realized, finally, that dancing was the only thing I had ever really wanted to do. Either you step into the studio one day and know beyond a shadow of a doubt that you would and will shove everything else off the table to keep dancing, or you don’t.

Both ways of being are valid, good, and necessary—but only one usually leads to working in dance.

As humans, we are great at wanting to want things.

I want to want to paint more often.

I just actually want to dance.

This doesn’t need a caption, does it?

As dancers, we face the generally unconsidered, usually unspoken, and often unconscious assumption that a sacrifice isn’t a sacrifice if you do it to achieve something that gives you joy; that helps you to be a whole.

And yet we recognize the sacrifices of medical students, many of whom pursue their calling for exactly same reason that dancers pursue dance.

As dancers, our calling places tremendous strictures on our time and finances; on our relationships and our personal lives. Just because we’re making art, rather than medicine, that doesn’t make our sacrifice less worthwhile.

Doctors, when they’re skilful and lucky, save lives by cracking open chests to work on hearts.

Dancers, when we’re skilful and lucky, save lives by cracking open hearts.

Regardless, at the end of the day day, the life of a dancer—like any other dedicated life—is one of sacrifice.

Because of that, however, it is also one of transcendence.