Thursday: He Who Fondus, Endures(1); Friday: Grand Allegro For The Perplexed (2)

I started a post about last night’s class, well, last night, and then I got too tired to finish it, so it’s currently a draft on my tablet and I don’t feel like going to get my tablet.

Last night turned into another Private Men’s Technique Class, during which I summarily discovered that one does not, in fact, have to do grand allegro to be completely exhausted at the end of Men’s Tech. BW’s gloriously murderous barre is quite demanding enough to do the job.

In a nutshell, classical men’s technique is essentially about two things: power and endurance. It can be summed up via the famous equation:

…What do you mean that isn’t a famous equation?

Power allows you to do the grand allegro pyrotechnics that pretty much define the vast majority of men’s variations in the classical repertoire. Your grand jeté entrelacé isn’t going to look anywhere near as impressive if it doesn’t get off the ground, and as for double tours, you can’t even do them if you don’t basically launch yourself into space. You won’t have time. Disaster (or at least an ungraceful exit) will ensue.

Endurance allows you to get though demanding variations without A) dying or B) flopping around like a distressed fish wrapped in a damp rag (you guys, this is NOT a valid way even to do fish jump). It allows you to still  lift your partner in the next bit of the grand pas de deux and to not collapse under your combined weight. 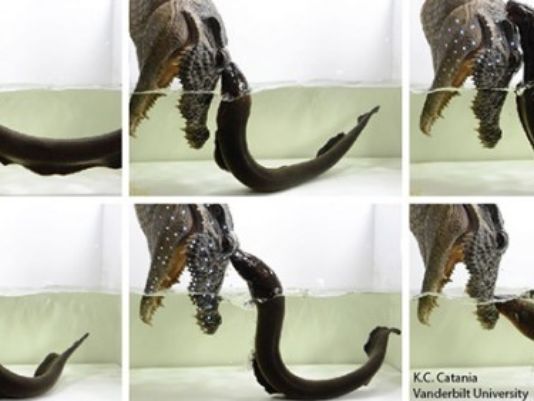 Power requires strength. BG mentioned to us today that we’re sort of designed around gravity, so even though the idea in classical ballet is to look like you’re defying gravity, you do it by employing gravity. Still, if you’re going to launch yourself off the floor, you need power to do it.

Your plié is all about giving yourself to gravity; loading the springs. Your launch is all about pushing down through the floor, right to the center of the earth, fir(ing) all of your guns at once (to) explode into spaaaaaaaaaaaaaaaaaaace. 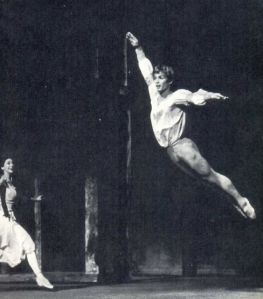 Heavy Metal Thunder, via Pinterest. (And of course it’s Nureyev. What did you expect, the Spanish inquisition?)

What I mean, really, by “endurance requires endurance” is that endurance itself is a pretty complex entity.

First, there’s cardiovascular endurance: no point in being strong enough to do all the things in the Slave variation (or Albrecht’s, or Bluebird, or…) if your heart literally explodes halfway through, or if you can’t get through it without puking because you can’t breathe.

Next, there’s muscular endurance, which I’m sure has some fancy technical name that I can’t recall right now. Basically, that’s the kind of endurance that surrounds the question, “How many times can you launch and catch your own weight (multiplied, as needed, by whatever forces apply at various points) before you have to lie down for a while?”

This is the kind of endurance that you can think of in terms of “reps to exhaustion” or “reps to failure.”

This second kind of endurance depends quite a bit on power: like, really, you need to be flat-out strong enough that the variation you’re doing doesn’t lead to failure—indeed, you may very well need to be strong enough to manage it in the context of an entire ballet.

This is, in a way, kind of like riding a mountain stage in the Tour de France. Mountains have this annoying way of being multiple kilometers in height, and involving multiple climbs, and you don’t get to stop at the top of a given climb.

Most full-length classical ballets are only 2 to 3 hours long, and not a Tour-stage-esque 6 hours long (though nobody ever suggested a mere 6-hour cap to the Sun King). On the other hand, ballet never lets you sit in the peloton and just turn the cranks and recover. Not even when you’re in the corps.

Power alone will get you through a single run of a variation in isolation, but add the rest of a 2-hour ballet, and unless you have some serious endurance, you’re seriously fecked.

(It was also about TOES, because BW’s class is always about my toes.)

It was a “stretch your leg up to your ear, hold, fondu the supporting leg, hold, stretch, hold, drop your arm and see if you can maintain the extension for an additional million counts” kind of day(3).

My foot got achy before we made it to jumps, so we called it a night and did a stretch-n-kvetch session in which I learned that, like me, BW really can’t use cycling to cross-train for cardio. Like mine, his quads go crazy too easily.

I know I’ve said this before, but this is one of the reasons he’s such an effective teacher for me: we share some of the same Ballet Problems. One of them is being the elusive kind of unicorn that actually does pile on the muscle rather too easily.

Today, I managed to haul my hinder out of bed and make it to BG’s 10 AM class, where I found my body surprisingly willing to do things, possibly because last night we skipped jumps and stretched instead.

This time, possibly because I didn’t take modern class in the morning first, my foot agreed to make it through the little jumps to a very nice grand allegro. That makes twice in one week, which is great.

That said, I found myself overthinking one of the transitions and, as such, screwed things up completely going left.

I did it three times to the left, though, and eventually got it more or less sorted.

Regardless, it was very much a case of, “What do I do with all these legs? Aaaaaugh!”

In fact, though, I think the combination I liked best today was a weird little petit-allegro brain-teaser that went something like:

…and continued around the points of the compass counter-clockwise, though the slidey thing never traveled backwards (so I guess it skipped “south,” and just went “north-east-west-north”). The main challenge is remembering which way you did the slidey thing most recently, so you don’t do the slidey thing in the same direction twice and cause a traffic accident.

I’m sure there’s a name for the “slidey thing” somewhere in the great lexicon of ballet, as it’s a thing that occurs in choreography, but I don’t know what to call it, so my apologies there. It’s sort of a coupé-tombé to second or fourth with the trailing toe gliding  across the floor. Hard to describe, easy to do(5), and really quite pretty.

Oh, also, I keep forgetting to post this video. I think I keep looking a little lost (which is terrible, given that it’s my own freaking choreography >_<), but given that I had a fever, it could have been a lot worse.

Also, that weird sort of attitude balance near the end? That is HELLA HARD on crash mats, y'all.