I am, astoundingly, almost at the end of my first year as a company apprentice. 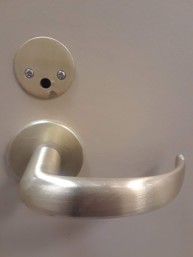 OMG, you guys. HOW DID THAT HAPPEN.

Our season officially ends the day after Beatrix Potter closes—which is to say, the 14th of April.

This, of course, means that it’s time to firm up the Summer Plans.

At the moment, two events are on the books: PlayThink on 12-16 June and Burning Man at the end of August.

At PlayThink I’ll be teaching a workshop (same basic format as last year’s) and performing. I plan to rope my poor long-suffering husband into my performance piece, because I’m just thoughtful like that ^-^ (Don’t worry, he’ll will have lots of props to play with, so he’ll be fine.)

PlayThink is in a new location this year, which is cool because we’ll have new playspaces to explore and stuff, though also a little bittersweet, as things are. I have grown to love HomeGrown Hideaways, and especially Nathan and Jessa, who own and run HGH, and it’ll be both exciting and weird to be PlayThinking in a different place.

It wouldn’t be the same without him. I mean, like, literally. Without him, I’d just be lying on the ground.

This Saturday, the 30th, I’m auditioning for a July gig that should be pretty cool if I make the cut.

Beyond that, I need to figure out how to spend my summer making money, so I can cover my expenses for next year.

Ferrying myself back and forth to Lexington has been, shall we say, not inexpensive, so if I’m going to continue next year I need to figure out how to both bank some cash this summer and keep a steady income stream throughout the season to offset the cost of either commuting or renting a room in town.

Most of us have secondary jobs, but my commute has made it difficult to do more than the occasional brief contract gig this year. When I ride-share with D, I lose a whopping 6 hours per day after accounting for warm-up time, 2 hours’ commute each way, and the inevitable 30 – 60 minutes wait time between when I reach Bardstown and when D gets done at work. When I drive by myself, I’m still losing 3ish hours that I could spend making a little cash on the side.

I’m not complaining, of course: the opportunity to dance full-time has been a g-dsend, and I’m immensely grateful. I just could’ve, like, planned a little better. So I’m trying to be more proactive this time and, like, plan. And we all know how good I am at planning -.-‘ 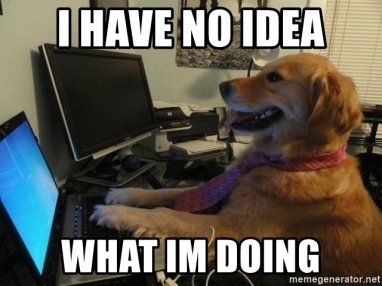 Actual Footage of Me, Planning

Assuming that Circumstances Don’t Intervene, it will probably make more sense for me to rent a room in town and take a secondary job to cover my expenses. I’ve said that before, but haven’t given myself enough time to make it happen (you guys, that’s a lot of squirrels to juggle), so I’m trying to get well ahead of the curve this time.

However, there is at least some chance that Circumstances Will Intervene, in the form of Other Life Events that might throw a spanner in the works.

I’m not quite ready to write about the Other Life Events yet. It’s not that they’re bad (don’t worry, D and I are fine, and nobody’s dying), it’s just that everything in that specific part of the Life Events Department is so vague right now that I wouldn’t even know where to begin.

Like, in short, it relates to us potentially moving within the next couple of years, and I’m simultaneously excited about that and Very Not Thrilled at the idea of leaving behind the community of dance and circus friends and colleagues who have helped me kind of, like, find my way and finally start trying to grow up and stuff, and it’s a lot to think about and work on and involves Level 80 Adulting things like getting the house in shape and selling it and stuff.

Honestly, though, that’s more like Fall/Winter/Next Couple Of Years Plans, so it also kind of falls beyond the purview of this, my Tentative Summer Plans post.

So, to bring this back around to the point, I’m not currently planning on traveling for summer intensives this year—though, who knows, that could all change depending on how flexible the Making Money bit is and how well it goes. *shrug*

No matter what happens, I will definitely be dancing this summer, and in particular I’ll be focusing on making my turns really hecking solid and reliable, not leaning back all the danged time, and (ideally) improving my ballet partnering skills.

It’s a Petit right in my Allegro, you guys.

But, like, that’s basically the same thing as just saying, “And I will work on sucking less at ballet,” because I suspect that I will spend the rest of my natural life doing battle with Petit Allegro, and it will probably still win. Petit Allegro is a worthy adversary, and all that. TBH, thus far, it has outlived every dancer who has ever lived, come to think of it, so my chances of defeating it are slim to none, eh?

Anyway. In summary, here’s my plans for this summer thus far:

Further details to follow, of course, because besides “Dance Every Day” my other motto is apparently “Too Many Words.”