As it often does, New Year’s Eve crept up on me, then pounced 😅 So, erm, happy New Year. And, whilst very technically the new decade really begins NEXT year, since the current default Western calendar has no Year 0, Happy New Decade anyway.
I’ve been cleaning a bit, playing Sims 4, eating everything, and generally being a lazy schmuck.

This is simultaneously the privilege and the punishment of being a dancer on a company break.

Mr. Moo demonstrates my plan for the break.

I’m sure I’ll regret my general sloth on Tuesday when we get back to class. On the other hand, it’s good for the body to have a chance to rest and recover sometimes.

I did finally bite the bullet and purchase a new (to me) laptop. It cost $177 including taxes, which was most of my savings … hi ho, the theatrical life, as my friend RK always says.

It was time. My old laptop is still going, but ay caramba, it takes like 16 million years to do anything. The old machine will be getting an overhaul and becoming a Chromebook, while the new machine will be traveling to and from Lexington with me, as I’m hoping to pick up some light side gigs that I can do online, since Summer Is Coming, and with it…

…It’s on that page, I swear. You have to scroll alllllllll the way almost to the bottom 🤷 (WRT MBB: It’s annoying that a program with such solid technical instruction still refers to itself as a “health and wellness initiative,” but whatever works, I guess?)

I’m going to that one even though I have to pay for it, when I can go to my own company’s for free. Which I’ll try to do this year, though I have work lined up as well, so it’ll depend on scheduling. I have a couple others, including Dancing Wheels, in my sights as well.

I may or may not go to an audition on Sunday. The upside is that it’s for a local company. The downside would be logistical—if I make it, it would mean commuting back to Louisville for rehearsals, which might be too much, what with teaching, CirqueLouis, Spring Collection, etc. I don’t know.

In short, I know I won’t turn down an offer of work, but I think I probably shouldn’t take anything else on right now that requires my physical presence and more commuting. On the other hand, I haven’t yet looked at the details, and if rehearsals don’t start ’til, like, March, it could be doable. Idk.

It’s also time to ponder Burning Man things. Last year’s Burn was both hella fun and transformative, but A] it’s expensive (though not as expensive as people think—any vacation is expensive to us, right now) and B] last summer I overcommitted like crazy and didn’t really get any time to decompress.

Really, I guess I need to get a sense of how my summer’s going to look, then move ahead from there.

So, yeah. I hope 2020 takes you to bed and exciting places, or steeps you in the comfort of familiar and restful ones, according to your needs.

Oh, and one last wee thing: here’s a shot from a wee project Dot and I have launched: 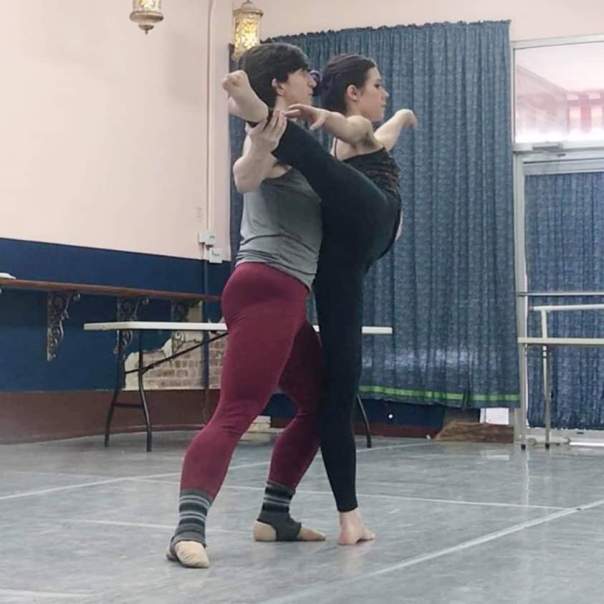